Matt has had his eye on this gnarly piece of Wormy Chestnut for a while. I’m sure we would have procured it soon enough for a Matchless series drum.

But on a day in September a snare drum enquiry came in which we knew would be a perfect match for this veneer.

It’s in these moments, when Matt’s eyes light up that you know he has plans for something truly delicious.

After some back and forth with the client to fully understand the requirements we excitedly began sourcing the materials, of which one crucial part was a pair of Angel Drums polished stainless steel single flange hoops.

The overall aesthetic of the drum was originally going to be a lot more… well, ‘rustic’.

Think along the lines of that hole-y, beaten up, full-of-knots but characterful pub bench. One which, if you’re in to that sort of thing, you might sit back and admire gleefully after a few pints.

Our plans changed however and as this build developed the snare drum evolved in to something more refined.

The design gradually became much more resemblant of the Morgan Davies ilk; a drum born of elegance and class. 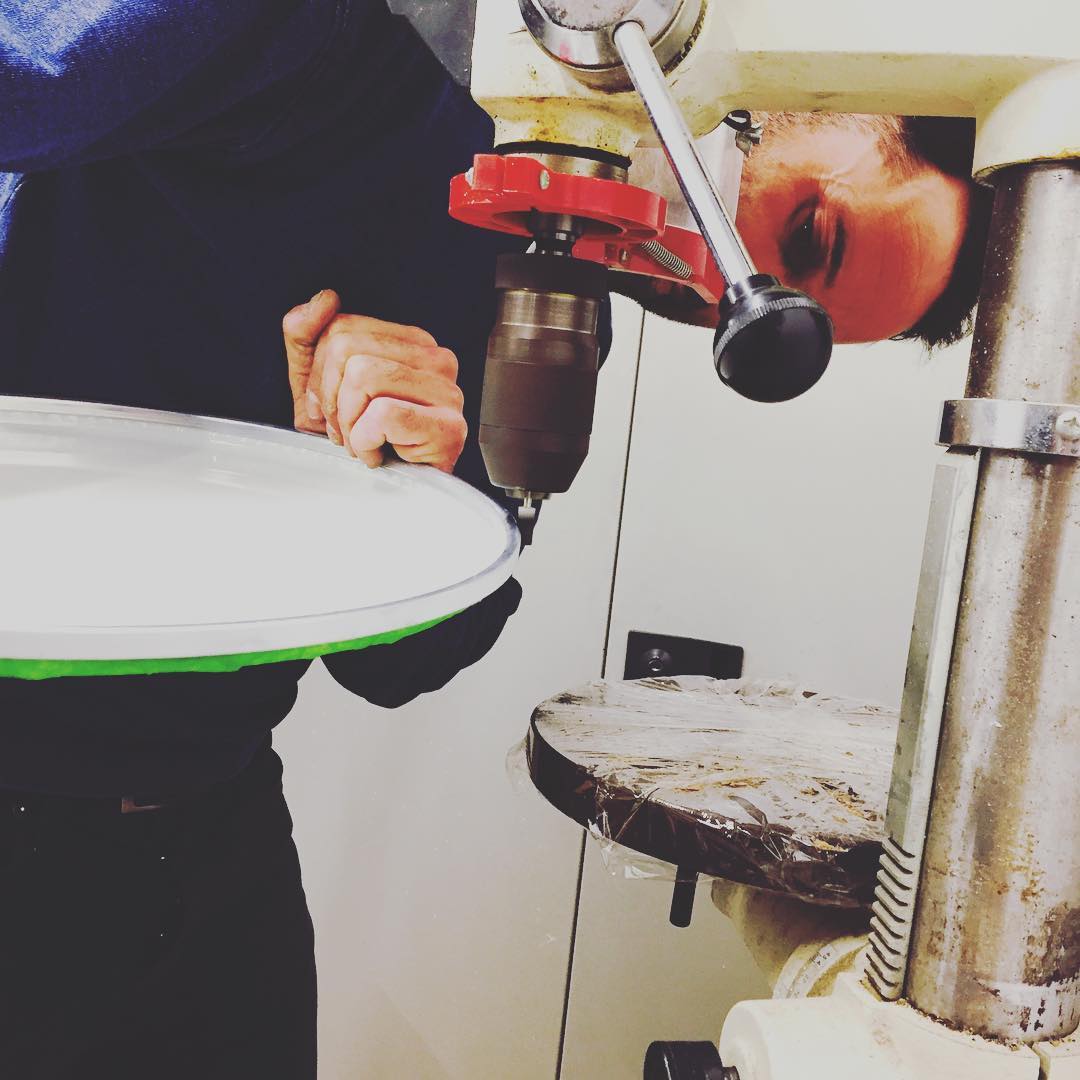 It’s a combination of sleek polished chrome and stainless steel. Clean modern lines with a nod to the old-school. Broad tones, focused rim shots and sensitivity across the full spectrum.

The worm holes are scattered around the drum and rather than leaving them too dramatically recessed, Matt filled them carefully before french polishing – though you can still feel them clearly to touch. Leaving that unique element of character that he first envisaged.

As testament to Matt’s scrupulous attention to detail, there’s a hand cut wood vent subtly placed above the stainer but.

We’re not sure why they coat the whole thing but with it being exposed underneath the single flange hoop, it just wasn’t right.